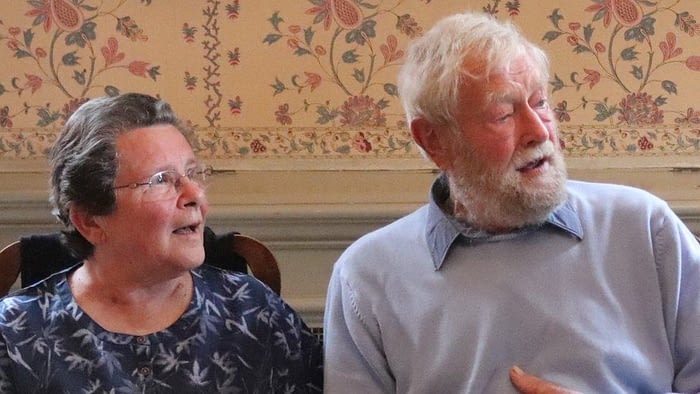 A couple who looked after more than 600 children have retired as foster carers after 56 years.

Pauline and Roger Fitter said they would cherish memories of watching vulnerable children flourish at their home in Camelsdale, West Sussex.

“It was a long process with her and then one day she just put her very tiny little hand inside mine,” she said.

“She must be in her 30s, but that has stayed with me because she was such a damaged little girl. It sounds a small thing, but actually it’s not, it’s huge.”

Alongside fostering, the couple raised five children – including an adopted child who they had previously fostered – and now have 11 grandchildren.

Home life had been at times “quite chaotic,” but the house was “still standing”, Mrs Fitter told BBC Radio 4’s World at One.

Mr Fitter, 86, a retired forester, said: “I don’t think at any point we thought enough is enough. We could see the results of our efforts and it was very rewarding.”

The couple began fostering in 1965 after Mrs Fitter, a nurse, worked in a residential nursery with young children and babies awaiting adoption.

“It really hurt me to see these babies becoming institutionalised and I promised myself at the age of 19 that when I married I would foster,” she said.

Three months after their marriage in September 1965, the couple welcomed their first foster child – a newborn baby boy who had bronchitis.

Over the years, they specialised in taking children whose futures depended on the outcome of a forthcoming court case.

“It’s quite emotional work, but we’ve always worked on the understanding that the children have been through a lot, we are grown up, we can manage it too.”

Mr Fitter said fostering had “fitted in very well with our lifestyle,” adding his role had been “basically to do the driving…mend things and, most importantly, I was there to be shouted at if [Pauline] had a bad day”.

Jacquie Russell, of West Sussex County Council, praised the Fitters’ “extraordinary” commitment, but said there continued to be a “huge” need for more foster carers.

Ofsted figures from November 2020 show a shortage of foster carers amid rising demand.