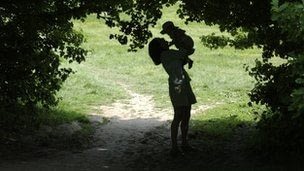 A judge has ruled a Christian girl should live with a family member in a case in which it was claimed she was placed with a Muslim foster family.

The local authority involved, the London Borough of Tower Hamlets, has rejected reports the foster family did not speak English.

It said the girl had been placed with an English-speaking, mixed-race family.

Tower Hamlets Council said it had always intended to place the five-year-old in a relative’s permanent care.

The decision over the girl’s future care was made by family court judge Khatun Sapnara in London on Tuesday. She is expected to issue an order later.

Despite legal restrictions on reporting the case to protect the child’s identity, several newspapers had described it as one in which a Muslim foster family sought to impose its traditions and values upon a vulnerable, Christian child.

Tower Hamlets Council said there had been several “inaccuracies” in the reporting of the case, particularly the claim that the foster family did not speak English, but it was prohibited from providing specific details.

In a statement, it said: “Tower Hamlets Council has the welfare of children at the heart of what we do.

“The decision to choose foster carers for a child is based on a number of factors, including cultural background and proximity to promote contact with the child’s family and the child’s school in order to give them as much stability as possible.

“We have always been working towards the child being looked after by a family member and we continue to do so.”

The Mail Online reported that the child ‘was said to have told her biological mother ‘European women are stupid and alcoholic’ and ‘Christmas and Easter are stupid’, prompting questions over cultural attitudes in her foster homes.’