Post-adoption support should be a legal right, say Lords

By Dan Rowley on Comments Off on Post-adoption support should be a legal right, say Lords 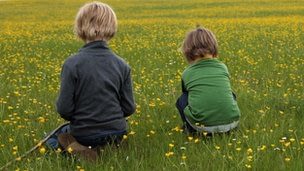 Adoptive parents in England should have a legal right to support, a House of Lords report argues.
Adopted children may have behavioural problems which are not resolved “simply by being adopted”, says the Lords Committee on Adoption Legislation. Adoption service bodies should have “a statutory duty” to provide post-adoption support, says the committee.

“Support is often variable and sometimes inadequate,” said chairman Baroness Butler-Sloss.
“Children adopted from care have a range of needs due to their early life experiences, often of abuse or neglect.

‘Happy outcomes’
“Support services are critical in ensuring placement stability and in achieving the happy outcomes which adoption is designed to deliver,” said Baroness Butler-Sloss.
The committee argues that failing to provide adequate support risks family breakdown “and the possible return to care of an already damaged child”.
“Adoptive parents perform a vital social function in caring for very vulnerable and often damaged children, and thereby save the state money” House of Lords Committee on Adoption Legislation report
It says that the expense of support services should be balanced against the cost of the breakdown of adoptions, for example of keeping a child in care into adulthood.

“Adoptive parents perform a vital social function in caring for very vulnerable and often damaged children, and thereby save the state money.”
The report says that although current legislation allows adoptive parents to request and receive an assessment of their support needs, there is no requirement for those needs to be met.

It says that provision of support is at the discretion of local authorities and other bodies which provide adoptions and “varies considerably”.
The report argues that the nature of adoption has changed over recent decades, with most children now adopted from care, often having suffered “maltreatment”, which can leave them “bewildered and mistrusting of adults”.

Adoptive parents can “struggle to deal with challenging behaviour, which might not become apparent until some time after the adoption had taken place”, says the report. It adds that some adoptive parents are reluctant to seek help when problems first emerge because they are afraid of being judged or perceived as failing.

A spokeswoman for the Department for Education said that local authorities were already legally obliged to make adoption support services available: “Some local authorities do this well, some need to do better.”
“Unless these children and their adoptive families are properly supported there is a high risk these difficulties will not improve and ultimately the placement may break down.” Alexandra Conroy-Harris British Adoption and Fostering.

The spokeswoman said that in a few weeks’ the government planned to publish details of what support adopters were entitled to. She added that under the Children and Families Bill local authorities will be “required by law to tell adopters what support is available”.

However Alexandra Conroy-Harris, of British Adoption and Fostering, said the bill did “not go far enough” to ensure a statutory right for support for adoptive parents. “Unless these children and their adoptive families are properly supported there is a high risk these difficulties will not improve and ultimately the placement may break down. This can only result in more damage to the child as they return to care. It also leaves the adoptive parents devastated.”

Cllr David Simmonds of the Local Government Association, said: “Local authorities know from experience that support from their local council, health services and schools, is crucially important for adoptive mums and dads, particularly those who are giving a loving home to children who may have had a difficult start in life.

Extra money
“For adoptive parents to receive the quality and level of support they need, it will be important that government matches any new statutory duty placed on local authorities with the extra money needed to provide it while making sure we still have the flexibility to tailor support to the particular needs of individual families.”

The committee also warns that adoption is not necessarily suitable for all children in care and says that the government’s focus on driving up adoption numbers should not be at the expense of other ways of providing permanent homes, for example permanent fostering, guardianship or care by family and friends. It also cautions that the drive to increase adoption should not undermine efforts to keep birth families together and calls for more monitoring to determine how many adoptions break down and why.

The government spokeswoman responded: “We know adoption is not right for every child. Driving up the skills of social workers will allow them to judge what is best for each child. We are taking forward an ambitious programme of work to improve fostering services and we will shortly announce our reforms to residential care.”