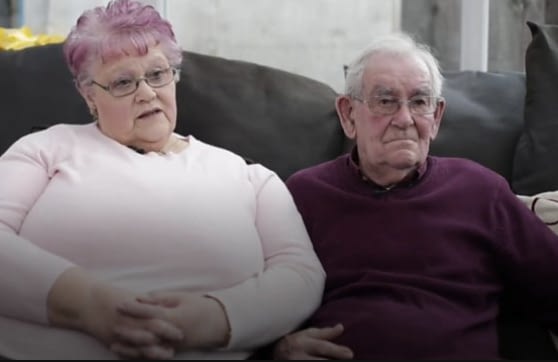 A couple who fostered the Parsons
Green bomber are suing Surrey County Council for negligence, after not
being told he had been “trained to kill” by the Islamic State group.

The
couple, who have looked after nearly 270 children, have not been
allowed to foster any more children and say their lives are “empty”.

The council is defending the claim.

Hassan, an Iraqi asylum seeker, was jailed for life aged 18 last year for the Parsons Green attack, which he said he carried out after contacting Islamic State militants.Tube bomber has appeal bid rejected

He had made the bomb at the kitchen table in his foster home, while his foster parents Mr and Mrs Jones were away on holiday.

Couple not told of IS training claims

Mr and Mrs Jones have been foster carers for 40 years and received MBEs from the Queen in 2010.

Surrey
County Council – which placed Hassan with Mr and Mrs Jones – did not
tell the couple that in a January 2016 immigration interview, Hassan had
told officials he had been “trained to kill” by the Islamic State
group.

That information was not mentioned in the risk assessment prepared prior to the foster placement.

The couple only found out during Hassan’s trial and were horrified.

Mr
and Mrs Jones had raised concerns about Hassan with the council. They
reported that he had been taking calls in the middle of the night and
had multiple phones.

Last June, a review into the handling of Hassan revealed a series of errors by Surrey County Council and the police.

‘Didn’t tell us the truth’

Penny Jones told the BBC: “How was it our fault they
put him here, they didn’t tell us the truth, they should have been
honest with us to start with.”

“We’ve lost everything, we’ve lost
our income, we’ve lost our will to get up in the morning, because our
life has revolved around children for over 40 years. Our life is empty.”

She
said she hopes that the legal action – which is being crowdfunded –
will ensure that other foster carers do not suffer as they have.

“I don’t want anyone else to go through what we’ve gone through,” said Mrs Jones. “We need social services to be open and honest, and to tell you the truth. “If you’ve got a trained killer, you need to know you’ve got that trained killer.

What was the Parsons Green bombing?

On 15 September 2017, horror descended on a London Tube train.

A partially detonated bomb sent a fireball down a carriage, burning morning commuters who stampeded to escape.

A total of 23 people suffered burn injuries and 28 received crush injuries as they fled from the train and station. The bomber was 18-year-old Ahmed Hassan.

Prosecutors at the sentencing hearing said there
would have been “serious harm, if not fatality” if the bomb – packed
with 2kg of screwdrivers, knives, nuts and bolts – had fully detonated.
The judge branded Hassan “dangerous and devious”.

Mr and Mrs Jones have both suffered health problems as a result of their time with Hassan, the bombing, and the criminal trial.

Mr
Jones has been diagnosed with angina and suffers night terrors
recalling the bomb made on the kitchen table, and what might have
happened if Hassan had turned on them.

“I still get dreams about what might have happened, but to think he had enough to blow this place to pieces…” said Mr Jones. “If we had known he was a trained killer he wouldn’t have got over the doorstep.” Ahmed Hassan had been in the UK for almost two years when he planted the bomb

In legal papers seen exclusively by the BBC, Ron and
Penny Jones are claiming negligence and breach of their human rights
against Surrey County Council.

The papers state: “In breach of
this duty of care, your client failed to disclose that Ahmed Hassan had
been and/or had said that he had been ‘trained to kill’ by ISIS and
falsely represented that Ahmed Hassan was simply a very vulnerable young
person who had been deeply traumatised by his experience in Iraq and
was suffering from mental health problems as a consequence of those
experiences.”

The papers go on to say that, but for the breaches
of duty, “Mr and Mrs Jones would not have agreed to become Ahmed
Hassan’s foster carers.”

The case has garnered support from other
foster carers, who on Wednesday staged a protest outside Surrey County
Council’s County Hall in Kingston Upon Thames, demanding justice for the
couple.

A petition with 2,500 signatures was handed in to the
director of children’s services, Dave Hill. When the demonstrators
entered the building, Penny Jones was asked to leave.

A wider problem for foster carers

Sarah
Anderson, chair of the Foster Care Workers Union, believes the
treatment of the Joneses by Surrey is indicative of a wider problem.

“Penny and Ron were literally thrown on the scrap heap due to Surrey’s failings,” she said.

“We
are kind of disposable, we live in the most precarious of circumstances
where we are not classed as workers, though we actually are. We have no
rights whatsoever, and this just shows how disposable we are.”

In
a statement, a spokesman for Surrey County Council said: “We are
defending this claim however we acknowledge this has been a very
difficult time for Mr and Mrs Jones and their family.

“We place a
high value on openness with all our foster carers, share information
about any risks with them from the outset and continue to keep them
informed.

“This was our approach with Mr and Mrs Jones.”

Jocelyn
Cockburn, a specialist civil liberties solicitor from Hodge Jones &
Allen, who represents Penny and Ron, said: “Surrey Council owed Penny
and Ron a duty to disclose key information about the danger Ahmed posed,
and to ensure any information given was accurate, before asking them to
invite him into their home.

“Instead he was presented merely as a troubled young person. This is a clear failing by the Council and gives rise to claims in negligence and under the Human Rights Act”.