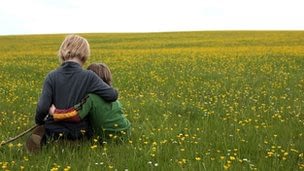 Two  children suffered “significant neglect” due to the failings of Nottingham City Council, the Local Government Ombudsman has ruled.

It said the council wanted to keep the children, now six and eight, with their mother, who has learning difficulties, resisting a move to their grandmother.

One child suffered facial injuries and both were found to be unwashed. The council admitted it had tried to work with the mother for too long but said it had since changed its policies.

The authority became involved in 2005 when the first child was born. “We persevered for too long with efforts to help a mother remain as the carer” David Mellen Nottingham City Councillor

The report found the mother, known as Miss M, had been at best indifferent and at worst hostile to the council’s support.

It also highlighted the fact officials had resisted attempts by the grandmother to care for the children, even challenging independent assessments of her as a suitable carer.

Ombudsman Jane Martin said: “There was evidence all the way along…that the children were not developing and their home environment was not good enough and it is quite clear that something should have happened earlier.”

City councillor David Mellen said: “This is a case where we persevered for too long with efforts to help a mother remain as the carer of her children.

“However, there were periods of improvements in care by the mother which were identified by all the key agencies involved.

“It is always a question of judgment as to where you intervene. You can’t take every child into care who has some difficulty in the home background.”  The children were now “thriving”, he added.

A court granted the grandmother special guardianship in July 2010. Her complaint prompted the review.

The ombudsman recommended compensation of £5,000 each to the children and £1,000 to their grandmother for the distress suffered.

The council said it was committed to maintaining high standards for the care and safeguarding of children and regretted any upset caused to the family.