By Dan Rowley on Comments Off on Housing benefit: Foster carers and armed services exempted from changes 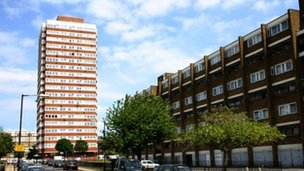 Foster carers and families of armed services personnel will be exempt from controversial changes to housing benefit, ministers have said. They will not face deductions in rental support as part of plans to clamp down on under-occupied properties.

Support will also be available on a discretionary basis for others, such as those with long-term medical problems. Ministers say the housing benefit bill must be curbed. Labour says the plans amount to a tax on the vulnerable.

Changes to benefits for tenants in council houses and social housing will come into force next month, with families deemed to have too much living space seeing their rental payments reduced. David Cameron and Ed Miliband have been involved in a fierce war of words over the issue for weeks, with the Labour leader characterising the policy as a “bedroom tax”.  The prime minister has insisted the proposals are not a tax and will, instead, see curbs on what he has called existing “spare room subsidies”.

Amid a dispute about who will be affected by the changes, Work and Pensions Secretary Iain Duncan Smith has said the government will introduce new regulations to “clarify” the impact on two groups.

HOW WILL THE CHANGES WORK

The new rules will affect housing benefit, which is paid to less well-off tenants to help with rent. Typically claimants receive between £50 and £100 a week. From next month, families deemed to have too much living space by their local authorities will receive a reduced payment.

Under the government’s so-called “size criteria”, families will be assessed for the number of bedrooms they actually need. If tenants are deemed to have one spare room, the amount of rent eligible for housing benefit will be cut by 14%. If they have two or more spare rooms, the cut will be 25%.

The government estimates that 660,000 households will have their benefit cut, roughly a third of social sector claimants. Only those of working age will see reduced payments. He said the 5,000 approved foster carers in the UK would continue to receive rent payments towards an “additional room” as long as they have fostered a child or become an approved foster carer in the previous 12 months. This would apply irrespective of whether a child has been placed with them or they are between placements.

Families with adult children serving in the armed forces will also be exempt from the changes, even when on overseas deployment. They will be treated as if they were continuing to live at home.

Mr Duncan Smith said protections were being put in place for these two groups which were now “beyond doubt”.
He also said he would advise local authorities that discretionary support should remain in place for other “priority groups” such as disabled people whose homes have had to be significantly adapted and those with long-term medical conditions which create difficulties in sharing a bedroom.

He said he would monitor how the policy was implemented and make changes if necessary. The Institute for Fiscal Studies is to carry out an evaluation of the policy in conjunction with the Cambridge Centre for Housing and polling firm Ipsos Mori.
“We have another rushed U-turn which offers nothing more and no protection for disabled children” Liam Byrne Shadow work and pensions secretary.  But he added: “This policy focuses on the key aim of bringing housing benefit expenditure under control.”

“Under the previous government, housing benefit almost doubled in 10 years to £20bn, with households living in homes which are too big for them while there are two million households in England on waiting lists and 250,000 families living in over-crowded accommodation.”
The announcement was welcomed by the Lib Dems, MP Greg Mulholland saying he was “delighted” by the exemption for the specified groups.
But Labour described the move as “shallow nonsense” and said it did not address concerns about the position of reservists or others – including households with a disabled person – who were set to lose up to £700 a year from the changes.

“We have another rushed U-turn which offers nothing more and no protection for disabled children,” shadow work and pensions secretary Liam Byrne said.

No 10 defended the policy as a whole, saying it was important to address pressure on social housing waiting lists and growing overcrowding.
Asked if the government had bowed to Lib Dem pressure on the matter, a Downing Street spokesman said: “There has always been a very clear policy intention around exemptions. What has happened today is the issuing of guidance that removes any doubt.”
In a separate development, the BBC has learned that a government pilot project that pays housing benefit directly to recipients has seen rent arrears amongst tenants increase.

Paying housing benefit directly to recipients, rather than their landlords, will form a key part of the planned new Universal Credit. The government says lessons will be learned from the pilot projects. It wants to pay recipients directly as they think it will increase their sense of responsibility over their own lives and make them better able to cope should they move into a job.