By Dan Rowley on Comments Off on Fostering – Family ‘foster carers’ losing out, says watchdog 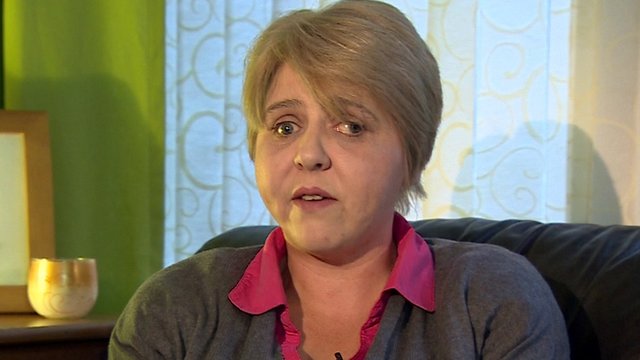 Laura Warner wants the same support for bringing up her grandchildren

People who look after young relatives or friends’ children are being treated unfairly by some councils, a local government watchdog says.

The Local Government Ombudsman says in one council alone, hundreds of carers were denied the right financial support. In other cases, it says children were put at risk because checks on informal carers were not robust. It reports a rise in complaints about children’s services in recent years.

Councils say there is no excuse for poor performance and that supporting children at difficult times is one of the most important things they do.

A report from the Local Government Ombudsman says between April 2012 and March of this year, there was a 53% increase in complaints about children’s services – up from 980 to just under 1,500. The watchdog highlighted an investigation in to a complaint made by a carer in Liverpool, which resulted in the council back-dating payments to 340 carers.

It says an estimated 145,000 children in England are cared for full-time by friends and relatives, mostly through informal arrangements. When parents cannot properly look after their children, the aim is usually to place them in the care of family or friends where possible. This is often referred to as “kinship care”. When this happens, the carers can be entitled to various forms of support, depending on the situation.

The ombudsman sets out examples of cases where families were wrongly denied support because of disagreements over what type of arrangement had been made.

Local Government ombudsman Jane Martin said: “The cases in this report show examples where children and their families, some of whom are very vulnerable and at risk, are being treated unfairly. “They highlight the importance of fair treatment so that all children have the best start in life and the best possible support to make their own way and contribute effectively as adults.”

She added that councils were meant to publish their policies on family-and-friends carers but one in three had failed to do so. “I hope this report will assist councils in meeting their statutory obligations, and that it helps to initiate a cultural shift to recognise the efforts of all foster carers,” she said.

David Simmonds, from the Local Government Association, said: “Supporting children at difficult times in their lives is one of the most important things councils do, and foster care arrangements can help turn around a child’s life and help them get back on track.

“Local support reflects the available resources and the needs of the community. While there is no excuse for poor performance, it is a major challenge for all professionals to support children when their circumstances may be regularly changing and there is variable engagement of extended family members due to reasons of family breakdown, ill health or unemployment.”