Foster children may stay with carers until age 21 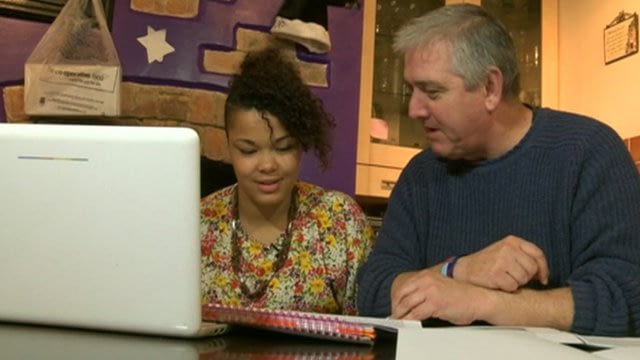 Foster children may stay with carers until age 21

Children in care in England will be able to stay with their foster families until their 21st birthday, rather than having to leave at 18, ministers say.

The Department for Education is imposing a legal duty on councils to provide financial support for those who want to stay longer with foster carers. The government has pledged £40m over the next three years to fund the plan. A care charity said the measure was the most significant reform for children in care in a generation. It will be introduced during the third reading of the Children and Families Bill next year.

Children and Families Minister Edward Timpson, whose own family fostered nearly 90 children, said: “I know from the many foster children I grew up with how crucial it is for them to be given sufficient time to prepare for life after care.

“A growing number of local authorities already offer young people the choice to stay, but with little financial support it can be challenging for their foster families. “Now all councils will have to follow their example, and we are giving them £40m towards the cost.

“This will allow the 10,000 young people leaving stable and secure homes to make the transition from care to independence when they are ready, rather than when their council tells them to.”

‘Speaking to Radio 5 live about the run-up to her 18th birthday Rhiannon Wickham said: “Not knowing what was happening was very stressful and I was crying quite a lot to [my foster parents] in the evenings about what was going to happen. “But now I know that they’re here for me and it’s brilliant.”

Chief executive Natasha Finlayson said: “Time and again we hear from young people who are extremely anxious about having to leave their carers when they turn 18 and effectively no longer having somewhere they can call home, especially when the average age for young people who aren’t in care to finally leave home is 24 to 27.

“It is excellent news that the government has agreed that young people leaving foster care should not be left to fend for themselves at 18.

“We mustn’t forget though that the 9% of young people in care who live in children’s homes – many of whom leave when they are 16 or 17 – need and deserve the same level of support and we hope that the government will start to look towards ways of achieving this.”

Rhiannon was fostered by David and Lisa when she was 16. She is now studying for her A-levels. But as her 18th birthday approached, she was unsure how much longer she would be able to stay.

“The run-up to my 18th birthday wasn’t very nice.

“Not knowing what was happening was very stressful and I was crying quite a lot to Dave and Lisa in the evenings about what was going to happen. “But now I know that they’re here for me and it’s brilliant.” After discussions with the council, she will now be able to live with the family until she has finished university.

“For me it’s important because you know you’ve got somewhere to stay, somewhere to go back to. You’ve got the family support that’s always there for you.” Her foster parent David says the change will give young people a “better opportunity for the future”.