By Dan Rowley on Comments Off on Foster carers warning 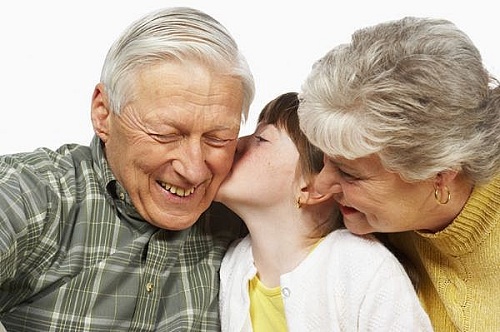 The wellbeing of thousands of children in care is under threat because of budget cuts in England, a charity says.

The Fostering Network says children in care are finding it harder to access social worker support as a result.

Town hall bosses says the number of children receiving intensive support through child protection plans has risen 60% in the past eight years.

The Fostering Network’s chief executive, Kevin Williams, said: “We are extremely concerned that so many foster carers feel that recent cuts are having a negative impact on their fostered children’s access to the support and services that they so vitally need.

“The wellbeing of thousands of fostered children is under threat.

“This is worrying enough in itself.

“But equally worrying is the drop in the support – both practical and financial – being offered to foster carers to enable them to provide stable and loving homes to these children.”

He said this charity had “fought long and hard” to ensure all foster carers received an allowance that covered the costs of looking after the children they cared for.

“To think that this progress is in danger of being eroded and that foster carers will be forced to subsidise the care of these children or that children will go without is truly shocking,” he added.

The network carried out a snapshot survey of foster carers, and about 600 replied.

Of these, about 70% said their allowances had been negatively affected by local authority cuts, and about the same proportion said they felt cuts were limiting access to their child’s social worker.

One respondent said: “We have fostered for over 25 years and cared for well over 300 young people, and the service has never been in a worse position to deliver young people with a good care service.”

Another foster carer said: “My monthly visits have been cut to once every two months, with a telephone call in between, and the timing of visits seem rushed and you can’t explain your needs in the time given. They have too many cases to look after.”

Councillor Richard Watts, vice-chairman of the Local Government Association’s Children and Young People Board, said councils had worked hard to protect front-line children’s services and increased spending on children and family services between 2010 and 2013.

“Unfortunately, this has still amounted to a reduction in real terms, and didn’t take into account increasing demand, particularly in high-end child protection services.

“More than 20,000 extra children, an increase of more than 60%, are now receiving intensive support through child protection plans than eight years ago.

“These pressures have left challenging choices elsewhere, and this report highlights some of the difficult decisions councils are forced to make every day.

“There are no easy choices as councils try to balance the immediate need to safeguard a child with the clear benefits that can come later from investment in vital support services and early intervention.”

A government spokesperson said: “We greatly value the vital contribution that foster carers make to children’s lives, and are committed to ensuring they receive the recognition and support they need.

“We are giving councils almost £200 bn to spend on local services by 2020, and we know that the vast majority are protecting frontline children’s social care budgets.”