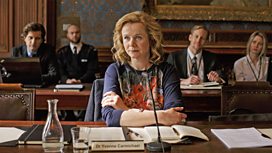 1 February 2017
From the section Education & Family

The status of fostering must be raised to give foster carers the recognition they deserve, MPs have heard.

Foster care families often felt unsupported and under-rated in the service they offered to some of society’s most vulnerable children. The committee was taking evidence at its first hearing on fostering.

Harriet Ward, professor of child and family research at Loughborough University, told MPs: “It’s become much more evident that a very high proportion of children in the care system have experienced abuse and neglect and they have very complex needs, very often, as a result of that.”

Foster carers had an “incredibly complex task” in supporting these children, she said. “It’s more difficult, I suspect, it’s more complex than it was 10 years ago because of the population of children coming into the care system now. “I think the status issue really needs to be acknowledged and addressed.”

The MPs heard that the Fostering Network estimates there is a shortage of some 7,600 foster care families in the UK.

Asked if a recruitment drive would address gaps in fostering provision, Kevin Williams, chief executive of the network, said: “The foster care system is currently under unsustainable strain and just to recruit more foster carers is not the answer.

“We need to have fundamental, root-and-branch reform of the foster carer system that will then support new foster carers.”

Ms Edwards said putting children with foster carers who had the rights skills for their individual needs was critical.

“It’s not about a bed – we don’t put children in beds. We match them with a carer that can meet their needs.”

The committee of MPs expects to hold three or four further hearings on fostering before producing a report in June.