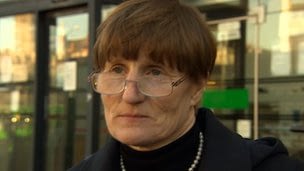 A foster carer who sexually abused two young girls has been jailed for eight months.

Herbert Keith Moss, 71, had previously denied two counts of sexual assault on a girl under 13 and one of indecent exposure to a child aged five.

Moss had been a senior foster carer with his wife for 25 years, looking after 32 children. The couple had gained the highest level of accreditation to look after vulnerable or troubled children.

The court heard Moss was caught when another adult saw him expose himself to a girl in May 2012. A second victim then came forward and said Moss had touched her inappropriately and tried to kiss her.

Det Con Rhona Keenan from Nottinghamshire Police acknowledged the bravery of his victims for coming forward. She added: “He sexually abused two young children for his own gratification and in doing so betrayed the most empowering sense of trust that was placed on him. “As a foster carer he was trusted to take proper care of children.”

Judge Dickinson banned Moss from working with children for five years. He said the offences were isolated and he had seen a large number of positive character references from former foster children.

He said while the offences “aren’t the most serious” a custodial sentence was needed because Moss “had been trusted to look after vulnerable children and had abused that.”

Nottinghamshire County Council said an independent investigation was being conducted which included reviewing Moss’s fostering career and speaking to other young people placed with him.

Steve Edwards, director for children’s social care said: “We work hard to ensure services for young people are as safe as possible, but unfortunately we can’t give absolute guarantees, particularly around the actions of individuals. “This was a betrayal of trust by a rogue individual who was meant to be taking care of vulnerable children and young people. “