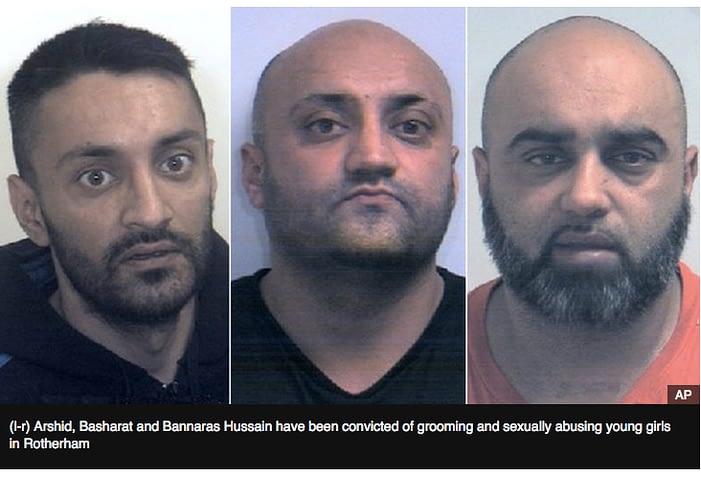 A woman abused by the leader of a child grooming gang in Rotherham has revealed her identity for the first time as she continues her fight for justice.

Sammy Woodhouse, who previously talked about her experience under the false name Jessica, waived her right to anonymity to speak to BBC Inside Out. Some of the men who groomed and raped girls are now behind bars, including her abuser Arshid Hussain.

She now wants action taken against the professionals who failed to help her. “I think now it’s time that professionals are held accountable,” she said.

“We’ve seen perpetrators held accountable and that’s good for us because we can move forward now; we’re getting that justice.

“We can’t move forward as a town until those professionals are charged and held accountable.”

Investigations into how 30 police officers handled child sex abuse complaints in Rotherham are under way by the Independent Police Complaints Commission (IPCC).

Meanwhile Rotherham Council, declared “not fit for purpose” in 2015 over its handling of child sexual exploitation, is recruiting more social workers in a bid to use fewer agency staff.

Ms Woodhouse, now 31, was just 14 when she met Arshid Hussain, known as Mad Ash around Rotherham, a man who would change the course of her life forever.

He was one of three brothers behind the grooming and sexual abuse of more than 50 girls including Ms Woodhouse.

The pair met when Arshid, then 24, pulled up in his silver Vauxhall Astra at St John’s Green in Rotherham, a popular hangout for local teenagers.

He took a shine to her and, despite knowing her age, treated her like his girlfriend. “I remember sitting in his car and he stroked my face… it was like he’d put a spell on me, I was fascinated by him.”

Until then, Ms Woodhouse was just like most girls her age, saying she was mischievous, obsessed with dancing and loved teasing her two older sisters.

She went from that to being in what she thought was a normal relationship with Hussain. Last February, he and his brother Basharat were found guilty of 38 offences, including rape, indecent assault, abduction, actual bodily harm and forcing their victims to have sex with others.

His other brother, Bannaras, pleaded guilty before the trial to 10 charges, including two of rape and indecent assault.

Arshid made Jessica feel like his girlfriend, taking her out for meals, meeting her in B&Bs, hotels and even at his family home.

“He came into my world. He wanted to know everything about me. He was very kind, he was funny, he was charming,” she said.

“It was a few months into it that he started becoming very controlling, very possessive. He didn’t like me being around men or boys, even men in my own family.

“He started hitting me on a daily basis. I knew I needed to get away from him, but he was like a drug and I kept going back.

“He’d hit me and he’d say ‘It’s only because I love you. Would you rather I didn’t love you?'”

Ms Woodhouse said throughout that time she had contact with the authorities several times, but no-one intervened.

“Police said that because I was consenting to it there was nothing they could do,” she said.

“I missed about nine months of my education. There were times when I was found in his bed, half-naked. No-one wanted to do anything, except my parents.”

Ms Woodhouse became pregnant at 15, when she was in foster care. “My mum and dad placed me into care thinking they would keep me safe, and that backfired dramatically,” she said.

Although Arshid was married with children, she still managed to see him, meeting up in B&Bs, hotels, or at his family home.

“It was very open what was going on between us. It wasn’t this dirty little secret that nobody knew about,” she said. Ms Woodhouse said she was shocked when she found out the scale of the abuse in the town.

“I felt like my name had been cleared when that number came out. “If you look through my files it says a lot ‘this isn’t healthy, this isn’t OK and something needs to be done’.

“I was always treated as his equal by the authorities – and not as his victim.” Ms Woodhouse suffered from depression and suicidal thoughts when it became clear to her that her relationship with Hussain was not a normal one.

You can watch the interview with Sammy Woodhouse on BBC Inside Out Yorkshire and Lincolnshire on BBC One on Monday 20 March at 19:30 BST, or later on the iPlayer.