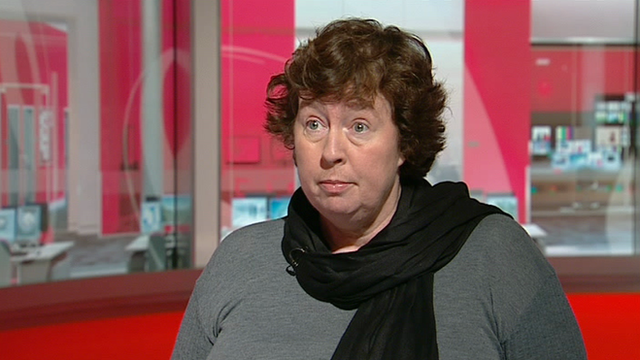 By India PollockBBC Wales news
Children who are moved from area to area while in care risk sexual exploitation as well as miss out on adequate education, health care and support, a charity has warned.

More than a quarter of the 5,900 children in care in Wales live outside the county that is responsible for them, sometimes because it is safer but often because of a shortage of foster care placements.

When youngsters are moved out of their county, the council moving them should inform the new local authority and the two should work together to meet the child’s needs.

But in 2012-13 there were at least 60 cases where local authorities failed to share the details of children moving into their area. A BBC Wales investigation found councils often flouted Welsh government guidance on children in care. Only three kept the information and another 19 authorities did not record the information. Some councils said it would only know a child was moving to its area if it was told by the placing authority.

While in care, Lucy, now 20, moved more than 10 times in five years and at least three times out of her home county. She said that the standard of care she received was poor. “I felt like I was being rescued but then I realised it was exactly the same as being at home,” she said. “I thought that me being taken away from my mum would give me a better life but it actually made it worse.”

When she was 14, Lucy was moved from Cwmbran to Manchester for two months and said she did not see a social worker once. “I just had the clothes on my back and the contents of my handbag. They gave me £11 to buy clothes and £5 pocket money,” she said.

Lucy drank and took drugs to cope. “I don’t even think social services knew about it,” she said. Lucy said children in care were more at risk if they were moved out of county without proper planning.

“If something happens to them while they’re away, there is less chance of finding them. If they were in their home towns, they would know where to go if they needed to go somewhere,” she said. “Children are lost in the system; they are neglected by both social services and their parents.”

Jackie Murphy, executive director of Tros Gynnal Plant, said in reality the numbers ignoring the guidance could be higher. “There’s a lot of evidence to suggest that they’re more at risk and very vulnerable,” she said. “A lot of the time they’re placed in private residential homes or schools. Again, we know that often these establishments are targeted by paedophiles.

“Young people and peer groups just want to be accepted and be with young people so I think they can be very vulnerable.”  A disproportionate number of children in care were targeted by paedophile gangs in cases in Rochdale, Derby and Oxford, according to a UK government report. One of the five victims of the grooming network in Rochdale had been placed in a residential care home in the town by another local authority.

The Gwent Missing Children Project is addressing the issue in a trial involving police and social and healthcare workers. Service manager Kerry Wade said: “It’s helped hugely with child sexual exploitation and trafficking in Gwent. It’s about everyone knowing what they need to know about that child. “We don’t need to know everything about that child and it wouldn’t be nice.

“I wouldn’t want everyone knowing my history, it’s not nice for everyone to know. We need what we need to protect the child effectively.”

A UK government report last year said cross-boundary placements put a huge distance between the child and the social worker responsible for them, meaning they spend less time with the youngster. Ms Murphy said independent, professional advocacy could help.

“It is an important decision in a child’s life and, because children living away from their home area can be more vulnerable, there are strong safeguards to ensure that any risks are identified and tackled,” said a spokesperson. “Regulations require the placing local authority to notify the receiving or host local authority that the placement is planned or has been made.”

But the association admitted there was “inconsistency in practice” adding: “The statutory responsibility for each child or young person still rests with the home (placing) local authority, regardless of where the placement is made. “These responsibilities include ensuring that all education, health and social care needs are appropriately met in line with the child’s care plan and that there are regular visits to the child within the placement and to the carers.

“It is not correct to state that children placed in other local authorities are ‘lost’ within the system or neglected.”