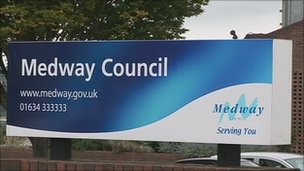 Medway’s service for children in care has been rated as inadequate in a report by the education watchdog.

Ofsted’s inspectors said there were 400 looked-after children and 209 with “care-leaver” status when the inspection was carried out in July.

The report highlighted delays in the completion of health assessments and a shortage of nurses. Medway Council said it was making “significant progress” and improvements would continue.

Ofsted inspectors said following a previous inspection in January, work in Medway had focused on ensuring all children were safe.

The report said: “However, many changes have been recent and have not yet had the opportunity to impact, so deficits within services for looked-after children remain.

“Inspectors saw no looked-after child at immediate risk of harm. “Overall, outcomes for children and young people looked after are poor in relation to their emotional health and well being, their educational achievement and continued opportunities for education, employment and training.”

The inspectors rated the service’s “capacity to improve” as adequate, saying the local authority was “actively addressing inadequacies”.

“The council brought in a completely new top team when it realised that much work needed to be done to improve this area and we are pleased that Ofsted have recognised this.”

The council said it was recruiting more social workers, a new director of social services and a new service manager for children in care.

Directory of children’s services Barbara Peacock, who joined last September, said “There is a lot of work to do, and we are clear on that fact, but Ofsted acknowledges we are heading in the right direction.

“We’re hearing that no child is under immediate risk, but it is worrying that there seems to be poor quality in terms of information on children when they come into care and also go out of care.”  He said the authority was having to go as far as Ireland to recruit social workers.