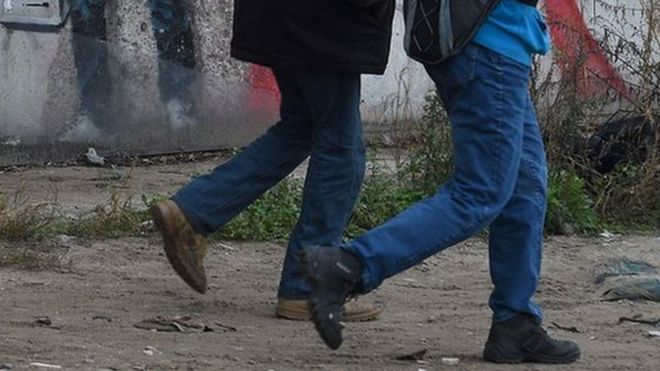 Numbers of unaccompanied asylum-seeking children cared for by councils in England more than doubled in the two years to March, says a report.

Numbers hit 4,210 and are still rising following the closure of the Calais Jungle camp, says the Association of Directors of Children’s Services.

Almost 300 arrived in the last two weeks of October alone, says the ADCS.

But a national shortage of foster carers means councils are struggling to care for the children, says the report.

Information from more than 100 local authorities revealed that more than a third of the children were suffering psychological symptoms like post-traumatic stress disorder, flashbacks and depression.

Many have complex health problems and none has any kind of vaccination history.

Costs to local authorities for every 100 unaccompanied children are estimated at £6.75m a year, with the Home Office providing £3.35m, leaving a shortfall of £3.4m, says the report.

And 76% of the councils that responded said they were struggling to find foster placements for the children.

An extra 7,600 foster carers are already needed in England, according to a Fostering Network report from earlier this year, and ADCS president Dave Hill fears the pressure can only worsen.

“This figure is now much greater as we prepare for the arrival of more unaccompanied children and young people in the coming weeks.

“This crisis is driving up the usage of independent fostering agencies out of necessity and this in turn is driving up costs and draining already stretched council budgets,” said Mr Hill.

The report says that the market for foster carers is becoming “febrile” as local authorities compete for placements.

“Now more than ever there needs to be a concerted effort from central and local government working together to increase the number of affordable short and long term foster placements,” say the authors.

Government plans to bring 3,000 refugees, mostly vulnerable children at risk, from the Middle East and Africa to the UK as well as 20,000 Syrian refugee families could place councils under even more pressure, says the report.

And it is “not possible to forecast the number of children who will continue to arrive through clandestine routes and the ‘lorry stop lottery’,” it adds.

So far, a small number of “port” authorities have carried a disproportionate burden, say the authors.

Since July, a dispersal scheme has meant other local authorities have begun to take a share of the children.

The ADCS estimates that if each authority took in 0.07% of its child population that would equate to 8,114 unaccompanied asylum-seeking children – but the association says it is not clear when that “ceiling” will be met.

Most of the children come from conflict zones like Afghanistan, Eritrea, Iraq and Syria; 76% are aged 16 and 17 and more than 90% are male, says the report.

David Simmonds, chairman of the Local Government Association’s Asylum Migration and Refugee Task Group, said the report “highlights the significant financial commitment that councils make towards the care of these vulnerable children, with Home Office funding often covering only a small part of the overall cost”.

It was now “imperative” that councils had a long-term funding arrangement from government, he added.

A government spokeswoman said there was no evidence of a national shortage of foster carers, “but we always want to encourage more people to take on [the] role”.

The spokeswoman said many people had come forward following recent media coverage of children caught up in the migration crisis, offering to foster child asylum seekers or refugees.

“The recently announced safeguarding strategy for unaccompanied and asylum-seeking and refugee children will set out plans to increase the number of foster carers, and bolster supported lodging provision.

“We are grateful for the ongoing support of local authorities who care for unaccompanied asylum-seeking children and have substantially increased the amount of funding we provide them.”