By Oscar Williams on Comments Off on Brexit and Child Care 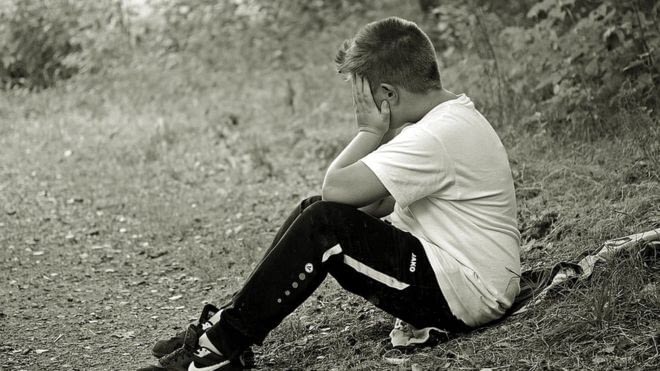 Coram, the leading children’s legal charity, has warned that thousands of EU children living in foster care across the UK are at risk of becoming the new Windrush generation if they are not given automatic British citizenship.

They are concerned that, post-Brexit, vulnerable children could easily become undocumented in the same way as Caribbean children who arrived in the UK decades ago.

It’s estimated that there are around 727,000 EU national children under the age of 18 living in the UK. Coram fears that the most vulnerable of these children, such as those living in foster care, will slip through the net of the Home Office’s new EU settlement scheme either because they haven’t been notified that they need to apply or that the system is too complicated.

By the Home Office’s own estimates, up to 20% of all applicants will come from vulnerable backgrounds and may be unable to provide the necessary documentary evidence of their time in the UK.

If just 10% of the current population of EU national children fail to successfully apply for settled status before the cut-off date, approximately 70,000 children would be added to the UK’s undocumented children population overnight, potentially facing homelessness, immigration detention or deportation.

The Home Office estimates that there are currently around 5,000 EU children living separately from their parents in the UK care system. However, there is some uncertainty regarding this figure because it’s not a legal obligation for local authorities to record the nationality of children in care. Coram is calling on the government to force local authorities to identify these children immediately to ensure that they can remain in the UK after Brexit.

In March 2019, Coram published a report on EU children and young people’s right to remain in the UK based on their experience supporting 72 vulnerable children through the application process. They found that one in five children didn’t have the necessary documentation. Where there were documentary or technical problems, applications took up to 10 hours to complete and required extensive legal advice and practical assistance to gather the necessary evidence.

The report concluded that children and young people face a number of barriers to settlement and that any lack of legal advice and assistance is likely to exacerbate these problems. The Greater Manchester Immigration Aid Unit (GMIAU) concurs and argues that Brexit has been designed for people leading ordered, uncomplicated lives, not children from disrupted upbringings who are less likely to have access to ID documents and previous addresses.

Coram are also concerned about the children or young people in care who may have criminal records. It’s an issue widely acknowledged that children in care are much more likely to have a criminal record than those who are not. Marianne Largue, a co-author of the charity’s report, says that having a criminal record can interact quite negatively with applying for settled status.

The government itself says only those with the most serious criminal offences will be considered ineligible but caveated this by saying that it will consider each applicant on a case-by-case basis.

Other children that have been identified as particularly vulnerable are young people who have entered care as victims of domestic abuse, or children whose parents either will not or cannot provide them with the necessary paperwork to provide evidence for their time in the country. Coram warns that where children are dependent on rights derived from their parents, they will always be placed at risk if there is any history of abuse.

Those who don’t have their records may only be awarded “pre-settled status”, a category for EU citizens who have been in the UK for fewer than five years. This status is uncertain and means vulnerable children could find their legal right to remain in the UK questioned decades later, in a situation reminiscent of the Windrush generation.

Another group of children at risk in the settlement process are those who are eligible for British nationality but don’t have access to the resources required to prove their citizenship. Applying for British citizenship currently costs around £1,012 per child, but the Local Government Association (LGA) has warned that the final cost could end up being a lot higher.

Deputy chairman of the LGA, David Simmonds, told Sky News that the total costs are often well over £1,012, especially “in those situations which are complicated, when age is disputed or there’s an immigration issue, [where] the legal bills can run into tens of thousands of pounds per individual.”

That’s why Coram is arguing that the government should waive the application fee and that all EU children living in long-term foster care should be given automatic access to British citizenship without having to make a separate application. If foster children don’t have their immigration status resolved before they turn 18, it can become significantly more expensive and difficult to do so.

The Home Office says it is committed to supporting those who are most vulnerable and is working closely with local authorities and other stakeholders to ensure that no child is left behind. A spokesperson recently told the Guardian that applicants can apply to the scheme without an identity document if they are unable to provide one because of “compelling compassionate or practical reasons, or circumstances beyond their control.”

If you’re a carer for a child originally from the EU you can apply to the EU Settlement Scheme here.