Adoption: Support and benefits set out in government guide

By Dan Rowley on Comments Off on Adoption: Support and benefits set out in government guide 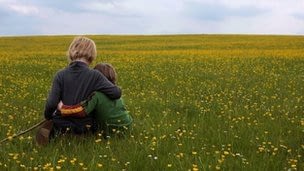 3 May 2013 Last updated at 00:02
The “adoption passport” is designed to help quicken the process.
A guide listing the benefits and support available to would-be adopters in England has been published by the government amid concerns that thousands are put off by the process.

Figures suggest children spend an average of 21 months in care before being adopted. The government is overhauling the adoption and fostering system. Children’s minister Edward Timpson said it needed to be “swifter, more effective and robust”.
“For too long children have been left waiting – in many cases over two years – for stable, loving homes whilst prospective adopters have been dissuaded from offering those children the security they need,” he said.

The new system will have a two-stage approval process for adopters and, according to the government, this will make the approval process quicker and a majority of adopters should be confirmed within six months.
There will also be a “fast-track” service for people who have already been approved for adopting or fostering.

“We must never sacrifice a child’s best interests for the sake of expediency” Nushra Mansuri Professional officer at the British Association of Social Workers.

According to official figures, there were 4,600 children waiting to be adopted in England in March 2012.
A recent government-commissioned study suggested that many people are put off adopting or fostering because of concerns over the approval process, their own ability to foster or adopt and the effect it may have on children they already have.

The guide – described as an “adoption passport” by ministers – will highlight the fact that adopters may be eligible for paid adoption leave, priority access to social housing, priority admission for school places and support services including counselling.

The Association of Directors of Children’s Services, which helped the government implement the reforms, said they should lead to “real changes in the system”, allowing more children waiting for adoption to be matched and placed with a family.

Children’s charity Barnardo’s welcomed the changes, saying it could lead to “real improvements for the backlog of children currently waiting for a home”. However, it warned that the problems around adoption in the UK may increase, as the government also plans to prevent councils recruiting adopters.

“Common sense dictates that prohibiting local authorities from sourcing adopters will not increase numbers of adoptive parents. To source more adoptive parents, all means of recruitment must be allowed to work in tandem with each other,” said Janet Grauberg, director of strategy at Barnardo’s.

The British Association of Social Workers said that the guide was “a step in the right direction” but called for post-adoption support to be become “a statutory right”.

“All the evidence shows it is crucial that adopters and the children that they adopt are supported not just at the beginning of the adoption process but throughout, particularly post adoption,” said the association’s Nushra Mansuri.  “While we all want to see improvements in adoption practice in England, we must never sacrifice a child’s best interests for the sake of expediency.”