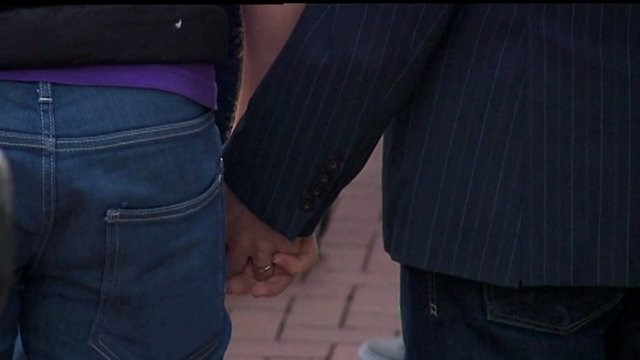 There is uncertainty over the future of gay adoption in Northern Ireland, as Chris Buckler reports

A gay couple have said they went to England to adopt because of confusion over the law in Northern Ireland.
The Court of Appeal ruled that legislation which prevented gay, lesbian and unmarried couples from adopting children in NI was unlawful. It was the only part of the UK where the policy existed.

Foster Care News : However, Stormont’s health minister plans to go to the Supreme Court to try to overturn that decision and get the ban reinstated.

John Davis and Jason Scorer, who live in County Antrim, had hoped to adopt children from Northern Ireland, but with uncertainty over the legal position they were advised to consider other options. “We were very lucky that our original social worker in Northern Ireland had done a lot of homework before she came, to say that we could not move things any further forward,” said John, who has lived in Northern Ireland for 20 years.

“The problem is a lot of people may not be aware there is another option.” They contacted adoption and fostering charity PACT (Parents and Children Together). It helped the couple, who are in a civil partnership, go through the process in England with the aim of giving children from there a home in Northern Ireland.

John Davis said he and his partner were giving the children love and care.
“There are children waiting in the system (in Northern Ireland) to find families but, unfortunately, we were not allowed to go down that route,” said Jason. “And that is to the hardship of the children who are here.”

They adopted two boys at the start of the summer and they started primary school last month.

The Department of Health at Stormont confirmed that Health Minister Edwin Poots has now applied to the Supreme Court for leave to appeal against the Court of Appeal’s decision that the ban was discriminatory. And he insisted the issue was about stability not sexuality.

“Unlike other parts of the UK… we have a strong list of adoptive parents who want to take on adopted children,” said Mr Poots. “I think we should be cautious about changing the system which actually provides the stability those children need. “It is not a human right to adopt a child for either a mixed-sex couple or a same-sex couple.”

Gay and lesbian groups, as well as organisations like BAAF (British Association for Adoption and Fostering), have criticised the minister’s decision to continue fighting the issue in the courts. But he said surveys had shown support for his position. “What I look at it is where the Northern Ireland public are on these issues and what is in the best interests of the children,” he said.

“There is a lot of public opposition to it.”
In Belfast, there were people with strong views on both sides of the argument. Those against gay couples having the right to adopt argued that children needed both male and female role models and some claimed it was against their religious beliefs. However, many said that the only important thing was providing a stable home for a child, irrespective of whether the couple were married or their sexuality.

“You could argue all day about the gay thing – whether it is right that someone who is gay should be gay,” says John Davis.
“But I believe it goes back to the loving, caring environment and stability that you can give these children, that they have not had up to this point.” 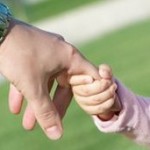