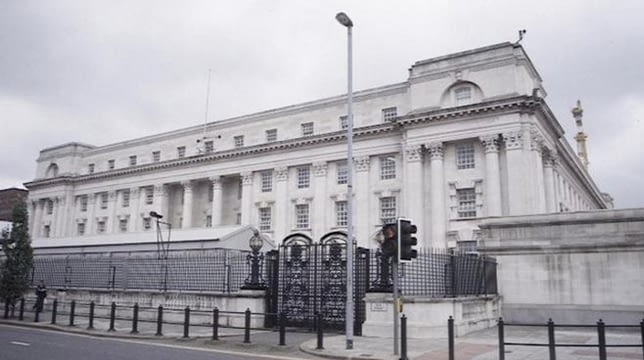 Three young brothers were so neglected by their parents that their overgrown toe-nails curled around their toes, the High Court in Belfast has heard.

The boys, aged seven, nine and 10, lived in filthy homes covered in dog faeces, and two of them were sent to school in nappies, the judge said.

The judge dismissed an appeal by the boys’ mother against the decision to take the three of them into care.

The boys’ older siblings, aged 13 and 14, were left in the family home.

Upholding the decision to remove the three youngest boys from their parents, the judge criticised social services for failing to act sooner to protect them.

“Sadly this case is characterised by the children presenting in an appalling condition over many years,” the judge said.

The family, who cannot be identified to protect the children, moved house 14 times and lived in squalid accommodation, the judgement said.

It outlined how the three youngest boys were discovered at home in dirty nappies which their parents seemed unmotivated to change.

The children were soiling themselves in school and struggling to make friends because of their personal hygiene.

Two of the boys were unable to use a knife and fork and appeared to lack full appreciation of going to the toilet, according to the judge.

In May this year, a health and social care trust secured a care order to remove the three youngest boys from their parents.

When the boys were taken into foster care, their clothes and toys smelt strongly of smoke, body odour and damp, the judge said.

She said their ability to walk improved after seeing a chiropodist about their overgrown toe-nails.

During the case, the court heard that the children’s mother had significant intellectual impairment and her husband was described as being aggressive towards social services.